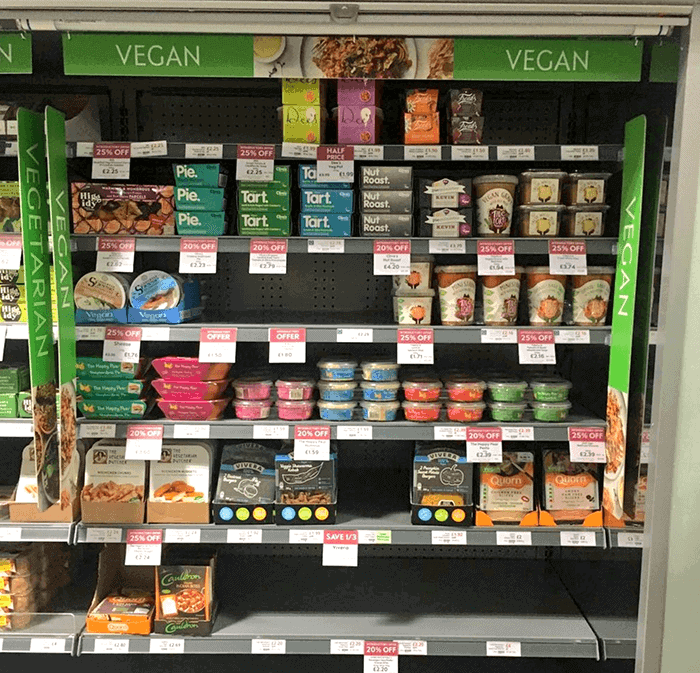 An analysis by The Evening Standard has found that the cost of meat, dairy, and egg alternatives rose by an average of 18% over the past year, while the average increase across all categories was 14.6%.

The newspaper looked at the price of vegan products from supermarkets Tesco, Asda, and Iceland. It found that meat alternatives had gone up by 23% on average, and plant-based cheeses by 28%. Milk alternatives were up 25%, while vegan pizza rose the most at 42%.

The Standard noted that certain brands had seen particularly large increases, with Asda’s own-label soymilk up 35% and a three-pack of Magnum Vegan Almond ice lollies rising by 40%.

With inflation on the increase internationally, research has found declining sales across many plant-based categories, with flexitarian consumers citing the cost of vegan products as their main reason for cutting back. Consumers are also reducing their spending on luxury items, with high-end supermarkets such as Waitrose reporting falling sales.

The price increases come despite efforts by some retailers — such as Tesco and Co-op — to reduce the cost of plant-based products in recent years. However, publications such as NationalWorld and Yahoo! Canada have pointed out that a plant-based diet can still be very affordable if based on less processed ingredients such as beans, lentils, tofu, grains, and vegetables.

The Standard also notes that the inflation rates for fruits and vegetables over the past year were 6.2% and 11.4% respectively — significantly lower than average. This could be good news for consumers aiming for a more whole food-based vegan diet.

“It’s great that we have faux meat options that allow plant-based folks a similar experience with their meals as those who eat meat,” registered dietitian Abbey Sharp told Yahoo! Canada. “But…to get the most nutrition bang for your buck, you’re better off choosing mostly simple plant-based proteins, like beans and legumes. You’re going to end up saving money.”