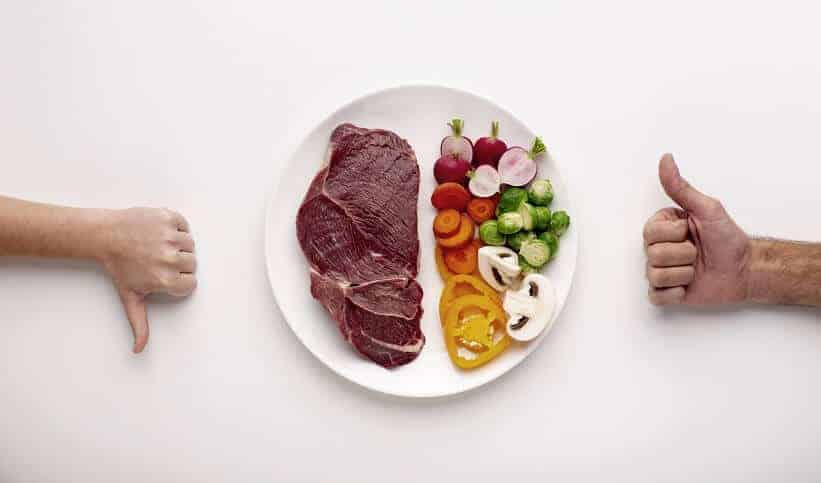 A survey was conducted on more than 10,000 people who participated in Veganuary this year, to see how COVID-19 has affected their food choices. The results found that nearly a third of these people are eating more vegan food due to the pandemic.

The survey was carried out in July and August and the results gathered from this discovered that 32% are eating more vegan food since lockdown began in March, 7% are eating less, and 61% said their consumption was unchanged.

This week we reported that a global survey compiled by FMCG Gurus also revealed that around a third of consumers around of the world are either eliminating or reducing their intake of animal products this year. The FMCG survey also stated that around a quarter of consumers globally want foodservice outlets to promote products that are suitable for plant-based diets. 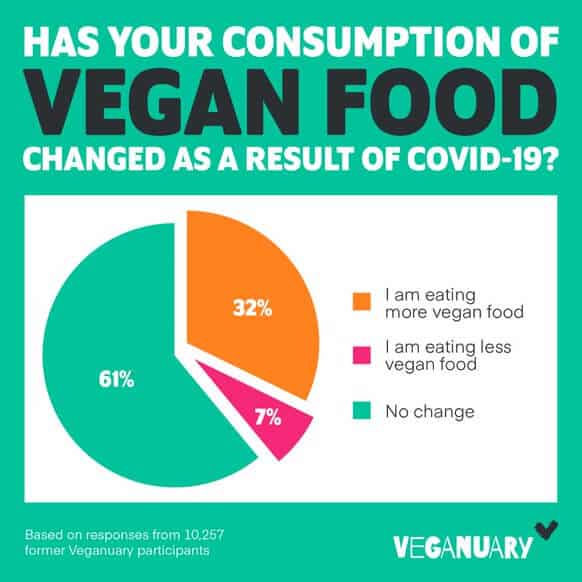 Of the 32% (in the Veganuary survey) who are eating more vegan food, 73% said it was to be healthier, 43% because they had more time to cook, and 41% due to the link between animal agriculture and pandemics. Respondents could choose multiple reasons from a list of five which also included: vegan foods are cheaper (11%) and animal products were sold out in the shop (1%).

Respondents were primarily from the UK, US, Germany and Latin America – the four main regions in which the charity operates, and the results showed no significant difference between regions.

Of the 7% eating less vegan food, reasons cited were that 46% were having more meals with family, 47% were craving comfort foods and that 46% had difficulty getting vegan products.

Toni Vernelli, Head of Communications at Veganuary commented on the survey: “Although the Covid-19 pandemic has caused much heartbreak and hardship, these results offer hope that we will embrace this opportunity to change and build a better future. Choosing a plant-based diet is one positive step each of us can take to protect our health and our planet, as well as help prevent future pandemics. And you can get started today with Veganuary’s free support – sign-up at veganuary.com.” 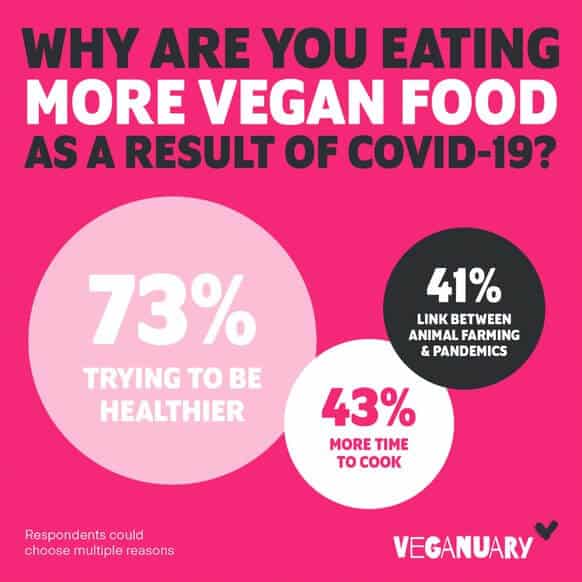 Click here for our interview with veganuary founder, Matthew Glover.