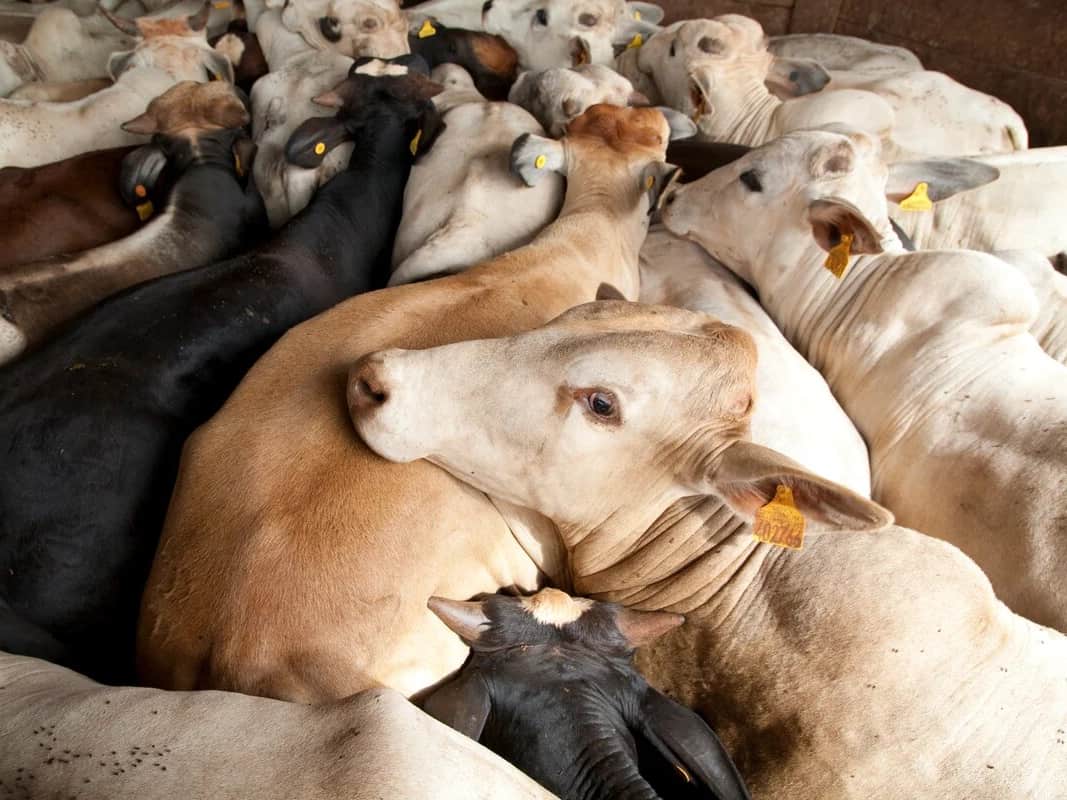 FAIRR has called the recent IPCC Assessment Report a “red flag to investors”, following its scathing figures on climate change impact for the meat and dairy industry. The FAIRR Initiative, a collaborative investor network with $52 trillion assets, has warned the destructive industry of its “Apollo-13” moment, with investors shifting capital in the food industry’s much-needed low-carbon transition.

The Apollo-13 moment refers to the meat industry’s necessity to broadly embrace innovative alt proteins in order to avert disaster like the Apollo 13 astronauts of 52 years ago. Not only is livestock the main source of agricultural greenhouse gas emissions, but also warming temperatures are jeopardizing the cruel industry’s profits. Predictions show how the beef sector could lose over 20% value due to heat stress in animals.

With these facts in mind, FAIRR – founded by peace activist and philanthropist Jeremy Coller – has published a new issue briefing for investors. Following analysis of the IPCC’s findings, investments in the climate-critical meat and dairy industries have been warned as “a significant material risk”. The analysis also suggests that alternative proteins could amount to 64% of the global protein market by 2060.

FAIRR said the dire IPCC report also chimed with its own findings from the Coller FAIRR Protein Producer Index. The report found seven major companies have already reported significant climate-related financial impacts. This includes Tyson Foods’ operating income decreased $410 million YOY in the first nine months of 2021 partly due to severe weather disruptions, while BRF estimated that changes in precipitation rates will result in annual losses of up to R$800 million, according to the report.

“Investors are already well aware of the regulatory and financial risks facing the livestock sector when it comes to climate, for example FAIRR has calculated that a carbon tax by 2050 would increase costs for beef companies by up to 55% of current average EBITDA. Now the science is clear that there is physical risk too, predicting that 20% could be wiped off the value of the beef sector by extreme heat stress in animals,” stated Maria Lettini, Executive Director of FAIRR