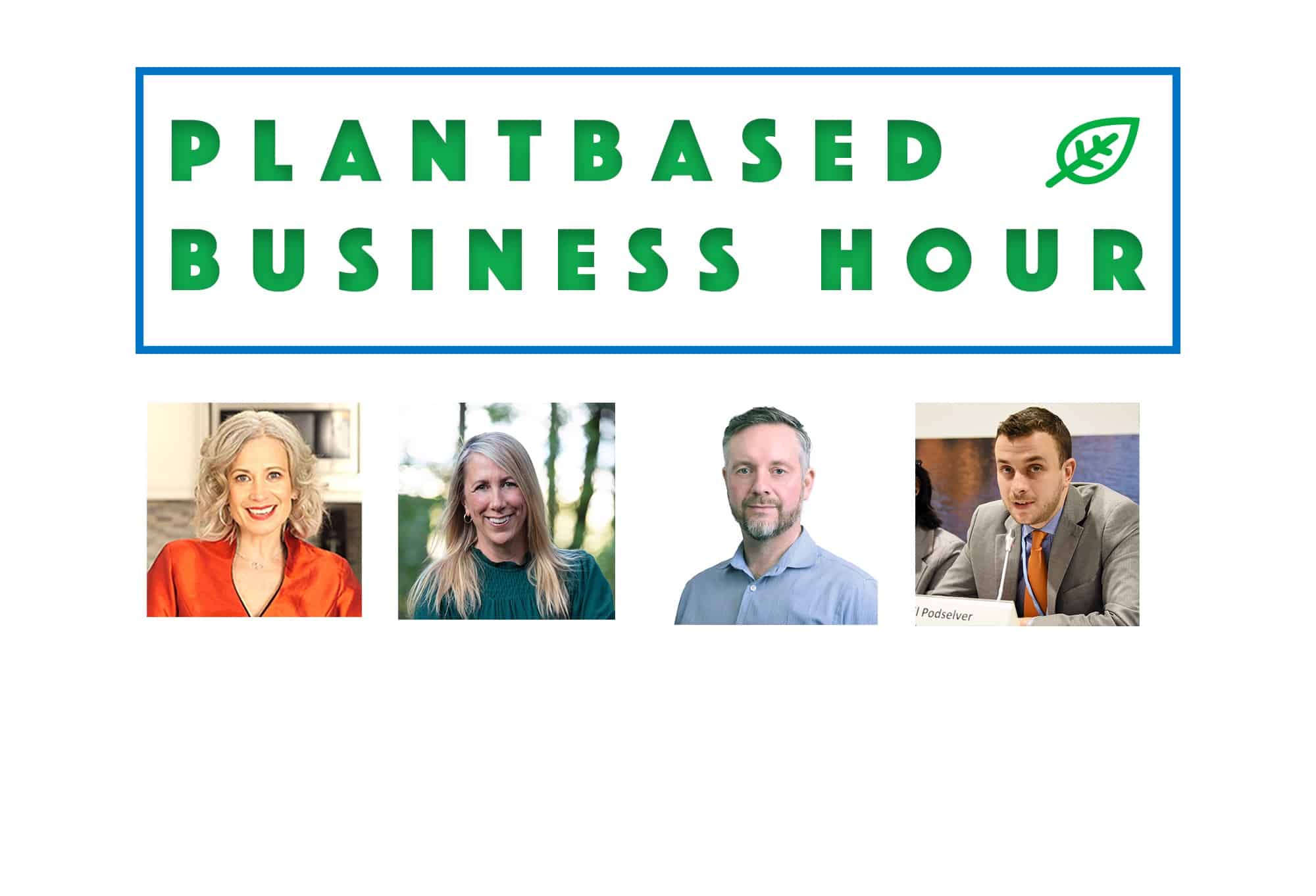 As we step into 2022, Elysabeth Alfano discusses climate change and our animal-based food supply system with Raphael Podselver of ProVeg International, Lasse Bruun of 50by40 and Carrie Varoquiers of Cool Planet Food on The Plantbased Business Hour.  These experts share what we can all do to mitigate climate change and their predictions for when governments will get serious about addressing animal agriculture, one of the main greenhouse gas emitters impacting climate change.

Elysabeth: Biden came out really making a strong case for why climate change impacts our bottom line and I thought that was the first time I’ve ever heard him speak like that, unless I’ve missed it before. But he was really coming out and saying that you want to get on board because this is going to affect your wallet and I thought that was very interesting.

Raphael Podselver: There are people that have deep knowledge of food systems that are just not in delegation. They are mostly in the FAO for the environment in different institutions and they have been very clearly on our side with some differentiation. Very clearly, every report that you will read in the past five years that talks about food systems, almost all of them mention this topic with food waste and other topics around food systems. It’s taken some time like Lasse said, but in the last few years we really see an acceleration in that.

I think what is lacking a little bit and that’s what Lasse just mentioned is the economical benefits because governments come to COP and they’re ready. They want to look good. They don’t necessarily want to make the worst COP possible except for maybe a few governments that just refuse to acknowledge climate change. In 99% of the cases they want to make a commitment to look good, to get as close as possible to 1.5, but we also need to provide them with the arguments and hammer those arguments about job creation, about the economy, about the future of food, about all these things. Food security for the south is also very important and that’s what the FAO is sometimes bringing to the table which is a very interesting thing. I think this is also something that we need to do more in the future. And I heard that all the successful COPs that are out in Egypt give me hope that we really get it on the agenda (for the Egypt COP to come), but let’s see.

Elysabeth: Come on lucky seven, and Egypt’s such a beautiful country.

Carrie Varoquiers: Can I just say one thing? I think that one of the things that’s easier for people to get behind is the concept of cultivated meat, right? You can have your meat and eat it too, and that’s something that I think we’re probably going to start to hear more about. First, my guess is that with the methane reduction pledge they’re first going to tackle food waste before they tackle animal agriculture. It’s less controversial. That’s just a prediction, and then cultivated meat I think is going to be something that’s easily embraced by all and not stressful to delegate or talk about. I think where we get into the “personal choice” is asking people to reduce meat and animal product consumption. That seems to be the real sticking point in my opinion, I’d love to hear from Lasse or Raphael.

Elysabeth: And I want to hear from Lasse or Raphael too, I just want to chime in there. I agree with you and I think part of the hesitation this year could be culturally that we just came off of Covid that was so hard for everyone. I don’t think politicians have the courage to tell everyone “well now I’m taking what you like to eat every day.” Obviously they’re not literally taking your food because there is so much better food out there for you, but not only did governments tell everyone to be at home and stay away from their jobs, and economy is all messed up, but now they’re hesitant to reach in and tell people what should be on their plates. So, I think they’re afraid to do that coming off of Covid, but I want to hear what you think, Lasse and Raphael? Lasse please.

Lasse Bruun: Yeah, happy to comment on that. Well, I also think in terms of protein whether it’s plant-based or cell-based meat will play a major role going forward. I think there is a huge messaging problem right now which is not caused by us so to speak, but caused by those who are not too keen on seeing that agenda coming up. Those who are not really keen on that happening like the big meat producers and some countries have very successful lines of discourse and any resistance or discourse against meat is against development because nobody can argue against the overconsumption in the Global North Energy 20.

But the problem is it is said in the same sentence as talking about development, talking about nutrition deficiency, talking about stunting children and it’s so wrong. It’s such a wrong discourse because as a matter of fact the industrialized livestock production is what in many cases are leading to problems of nutrition insecurity and stunting the kids because there’s a focus on producing food that is not suitable for whatever part of the world it might be. And also sometimes there’s an accusation of alternative meat being near colonial in its approach to the global south to the least developed countries when in fact it is not. It is much more the building of factory farms in the areas that put smallholders out of business and you know the whole story about that. So I think there is a big role to play, we just need to change the discourse and I think we can look at it very positively and we need to tell the whole story.