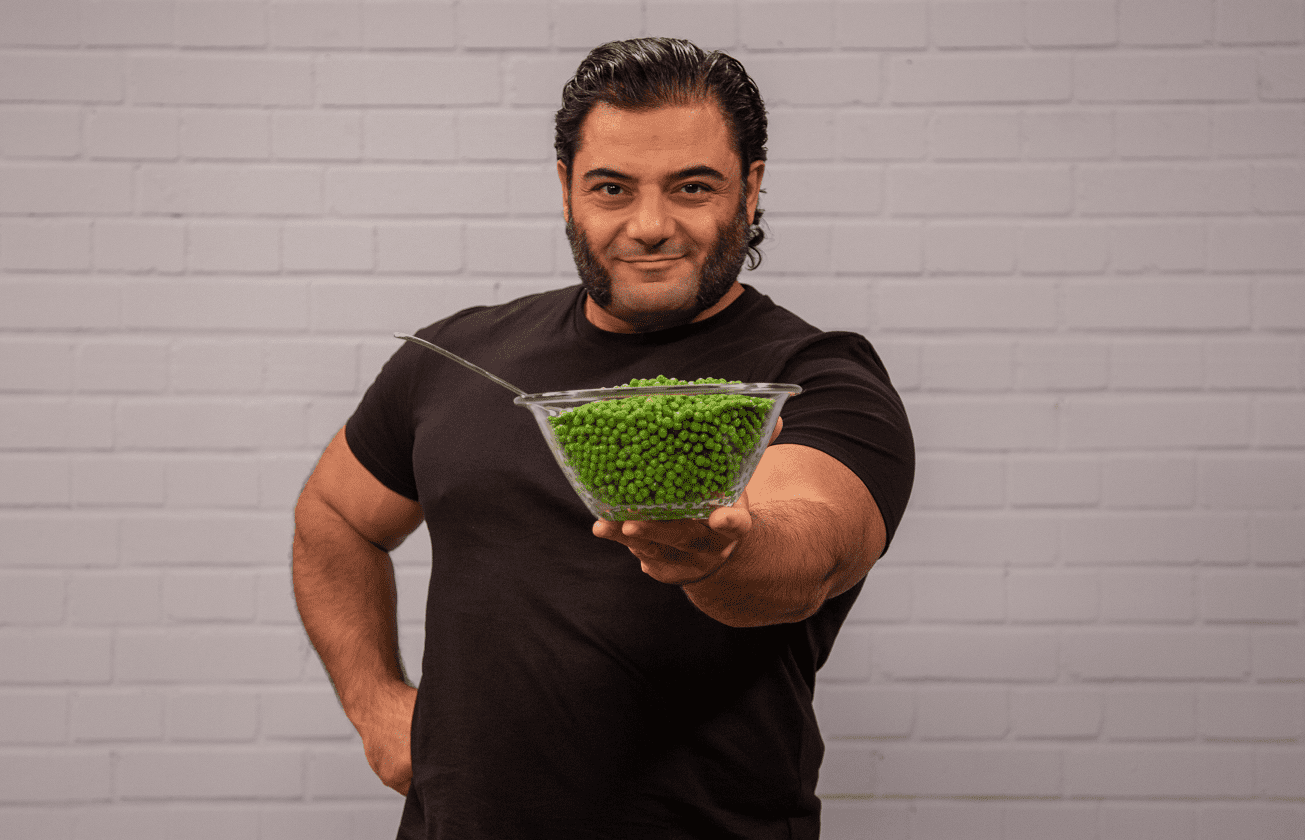 Germany’s GREENFORCE, whose ambassador is Game Changers’ vegan strongman Patrik Baboumian, today launches a new Bratwurst sausage range in the UK which the brand says could be the world’s most sustainable sausages.

“I am honoured to be part of a new plant-based version of traditional German food – it’s a plant-based Bratwurst revolution!” – Patrik Baboumian

GREENFORCE, a startup which secured €15 million from prominent investors in an equity round last December and welcomed footballer Thomas Müller as an investor this April, says its mission is to produce the most sustainable vegan meat products in the world. The company received the 2021 Green Product Award and PETA’s Vegan Food Award for its efforts in the category.

The powder form of its products allows a long shelf life, and the products do not require a cooling chain. This also makes it easier to reduce food waste as consumers can easily cook the portion they want and save the remaining powder for future meals. The powder form is also much lighter in weight than pre-made sausages, therefore requiring far less energy in terms of transportation.

Commenting on the launch, Patrik said: “Bratwurst sausages hold great cultural value here in Germany, and we know Brits love them as well. So how about we make it possible to enjoy this iconic German meal without animal suffering or the environmental cost?

“Why eat animals when you can get high quality nutrition from plant sources?”

“That’s exactly what we’ve done with the new Easy Mix Bratwursts. Our talented development team has prepared the perfect option; it’s delicious, it’s easy to make, high in protein, and you can enjoy them without a guilty conscience. Just one packet gives you enough mixture for 15 sausages.”

Patrik explains: “Of course, eating plant protein instead of animals is a massive motivation for me; why eat animals when you can get high quality nutrition from plant sources? But it’s not just that point that seals the deal for me. The environmental side is very important. This new type of Bratwurst has a strong claim to being the world’s most sustainable sausage. It’s made responsibly in Germany from pea protein, it’s lightweight, in powder form, and doesn’t require cooling. Hard to beat!”

The GREENFORCE range in the UK now includes:

Patrik adds: “I am honoured to be part of a new plant-based version of traditional German food – it’s a plant-based Bratwurst revolution! I hope you all enjoy them as much as I do!”

The products can be ordered through a carbon-neutral process via the UK webshop for consumers and catering businesses.