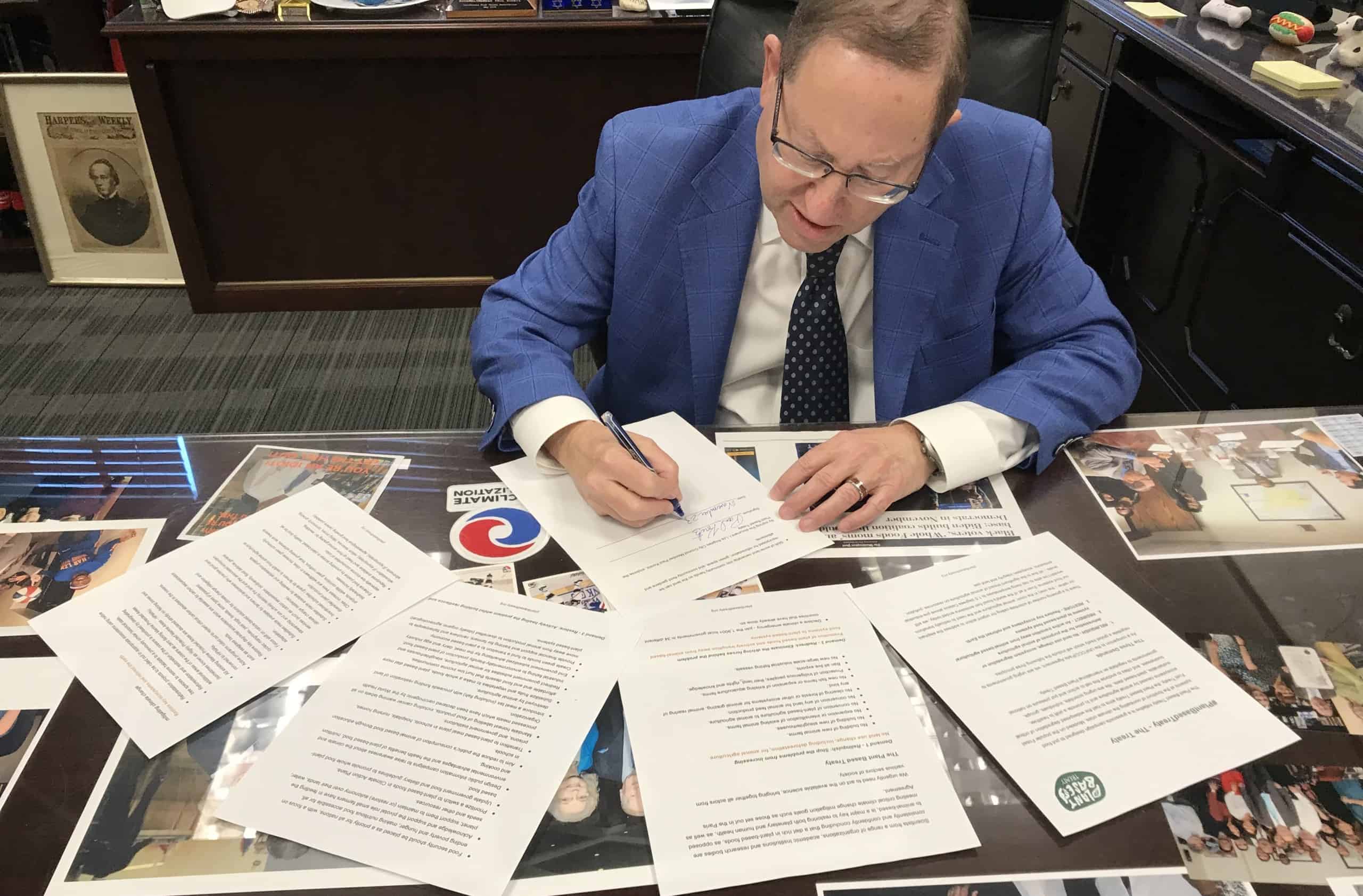 “What happens in LA spreads to the rest of the world”

Introduced by Councilmembers Paul Koretz and Marqueece Harris-Dawson on September 6th, the Treaty calls for governments to restore global ecological systems by freezing the expansion of animal agriculture, halting deforestation, and promoting a shift to healthy, sustainable plant-based diets.

“LA is historically known to lead the nation in environmental trends,” said Jane Velez-Mitchell, journalist and UnChainedTV founder. “What happens in LA spreads to the rest of the world.”

LA’s endorsement comes just ahead of the C40 World Mayors Climate Summit, taking place Oct. 19-21 in Buenos Aires. According to the Plant Based Treaty’s organizers, Los Angeles is now the second C40 city to support the effort, following Buenos Aires’ endorsement in August 2022.

Modeled after the Fossil Fuel Non-Proliferation Treaty, the Plant Based Treaty was co-founded by activist Anita Krajnc and seeks to pressure national governments to negotiate a new environmental treaty organizers say is needed as a companion to the Paris Agreement.

The aims of the Plant Based Treaty include: Halting the expansion of deforestation attributed to animal agriculture; incentivizing a plant-based food system; and encouraging public information campaigns about the benefits of plant-based foods, among other actions.

In June, a senior IPCC expert backed a climate position paper issued by PBT organizers called “Appetite for a Plant Based Treaty”, which urged delegates at the UN Climate Change Conference to begin negotiations on a global plant-based initiative.

In August, Haywards Heath in the UK became the first European town to endorse the Treaty, which has thus far received support from 19 cities, 59,000 individual endorsers, 5 Nobel laureates, IPCC scientists, and over 1800 NGOs, community groups and businesses.

“This landmark resolution marks a vital cultural shift as Americans prioritize both combating climate change and improving their health,” said LA Councilmember Paul Koretz. “As over 2,200 municipalities did with climate emergency declarations, I invite other cities to join us and endorse the Plant Based Treaty.”