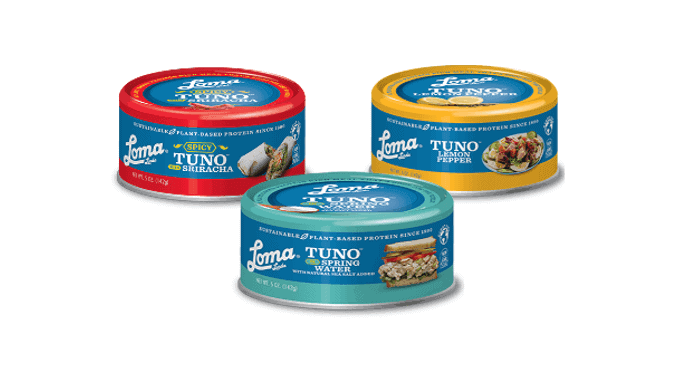 Global plant-based food brand Loma Linda has launched a commitment to save 1 million fish from the world’s oceans by 2023 as it urges people to reduce tuna in their diets and go plant-based instead. Each year the global effect of tuna fishing takes the lives of millions of fish in our oceans, a plight which was most recently brought to public attention by Netflix’s recent Seaspiracy documentary.

The average omnivore consumes around 8,200 cans of tuna in their lifetime, which is the equivalent of 1,172 skipjack tuna fish. If one consumer avoids or replaces one can of tuna, it equates to saving seven fish per year per individual; if 100 people take the pledge then that figure increases to 700 and if 500 people take action then it increases to 3,500 – showing that small changes really can create significant impact.

The Turn the Tide with TUNO campaign launched on the 8th of June, asking people to make a simple pledge to swap out one can of tuna for a plant-based alternative each week. Douglas Hines, chairman Atlantic Natural Foods said: “As leaders in all areas of the seafood industry for more than 40 years, we have witnessed more than most in today’s seafood world.

“Over the decades our oceans have been abused by rampant fishing practices, misrepresentation of vessel catches, trash piles in the high seas, harmful bycatches, plastic pollution, human trafficking and on occasion corruption. Our growing population and growing demand for protein rich food sources, is only going to swell the burgeoning strain that our oceans are under – as humans we have caused this, and it is now our responsibility to do what we can to help reverse our harmful impacts.

“As individuals, our actions may seem small in comparison to the vast size of our oceans, but if we all made a small change, then collectively that would have a big impact. As consumers, making conscious choices to switch out our protein sources from animal to plant-based could help save thousands of fish a year from being killed in our oceans.

“We want to raise awareness of how we as individuals can help alleviate these issues, with the hope of allowing our future generations to enjoy seafood in their diet, while protecting one of our most vital ecosystems – our oceans.”

Loma Linda is available in over 6,000 retail outlets across the USA and is now available in major UK retailers including, Sainsbury’s, Asda, Morrisons, Aldi, Holland and Barratt and selected independent health food stores.

More information on the Turn the Tide with TUNO campaign can be found here.