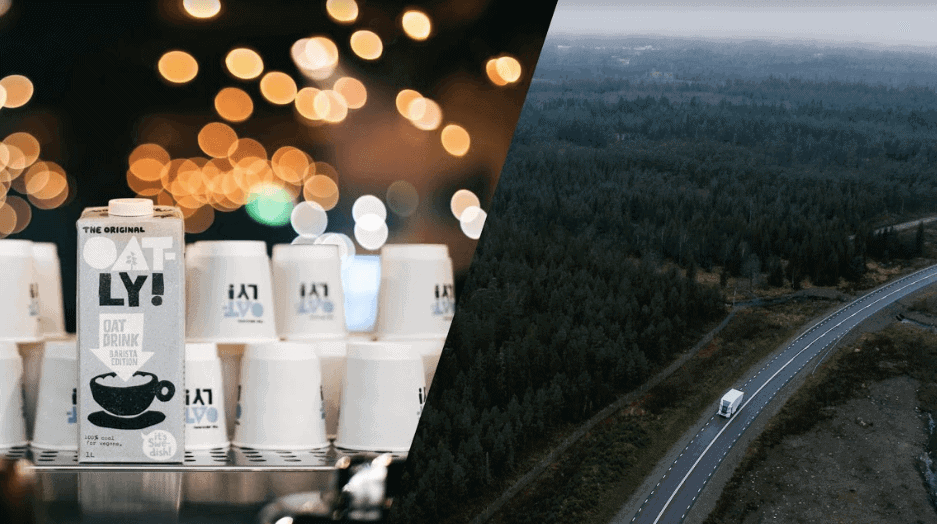 In May we reported that Oatly had joined forces with Einride with the aim of delivering its oat milk via electronic transport. Six months later, Oatly informs us that this has been in place since 1st October and that the first month has been a success. This news comes in less than a month since we reported Oatly’s incredible stats for this year.

The trucks have driven over 8,600 electric km and as a result, have saved over 10,500 kg of CO2 compared to diesel which is equivalent to an 87% reduction of its carbon footprint.

The Einride vehicles have been integrated into all of Oatly’s transport routes at its production sites and warehouses, these are the Swedish cities of Helsingborg, Landskrona, and Småland’s Tingsryd. Oatly tells us that it is one of the first companies in the world to operate a full fleet of Einride electric trucks daily, on-site.

Robert Falck, CEO and founder of Einride proudly stated: “This partnership debunks the myth that electric trucks cannot handle heavy loads. When supported by intelligent software, heavy loads and long distances are entirely possible, and our freight mobility platform has proven this already with its ability to coordinate all details of the Oatly vehicle transport in real-time. We measure minute-by-minute, everything from drivers, pallets, loading bays, route choices, and loading points to make electric trucks both smart and profitable for our partners.”

Oatly caused major controversy this summer by receiving $200M in investment from Blackstone, a company that has links to deforestation in the Amazon. While electric transport in Sweden is useful, some argue that protecting the Amazon is critical in terms of managing carbon in the atmosphere.

Oatly responded to the Blackstone controversy by stating that it planned to show the huge investment firm that that green investing is the way forward. The success of this electric transport distribution might be a small step when pitted against the devastation caused to the Amazon, but this could be the first steps towards positive change.

Simon Broadbent, Supply Chain Director at Oatly further stated: “Sustainability is at the core of everything we do, and we work hard to lower our emissions across the board. This includes our emissions for transports, which is why we are now shifting to electrical vehicles, which reduces our climate footprint by 87 percent on these routes. Together with Einride, we are helping drive a needed change in the transportation industry in showing that new, innovative solutions can actually be implemented.”