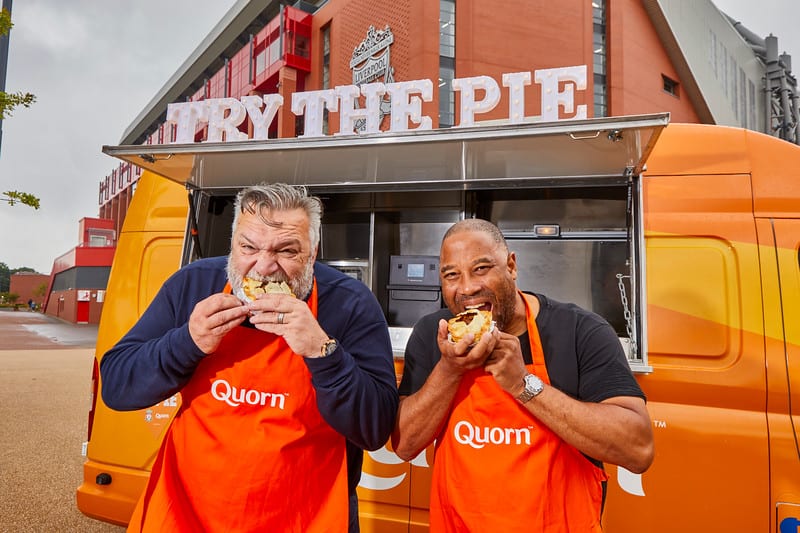 Liverpool Football Club has partnered with alt-meat company Quorn to serve plant-based pies at Anfield Stadium. The move is intended to improve sustainability and cut the club’s emissions.

Many football supporters eat steak pies at half-time, but their environmental impact is considerable. It has been estimated that if all fans at Anfield Stadium switched to Quorn pies for just one game, over 100 tons of carbon emissions would be saved.

The move is being promoted by former Liverpool footballers John Barnes and Neil ‘Razor’ Ruddock, who will help serve the pies at a game against Burnley on August 21st.

“Making better food choices for the environment is a team effort, and given how tasty these Quorn pies are, this is one ‘Super Sub’ that I think our Liverpool FC supporters are going to enjoy seeing at Anfield!” said Barnes.

Research carried out by Quorn found that 78% of football fans would be willing to change their diet to help the planet. However, only 20% were aware that meatless options were better for the environment, suggesting that more education is needed.

While many fans may be unaware of the benefits, several footballers have recently adopted plant-based diets for both environmental and health reasons. This includes Chris Smalling, who recently invested a six-figure sum in alt-meat brand Heura, and Swiss player Yann Sommer. David Beckham also announced that he had gone plant-based late last year.

“We hope Liverpool FC supporters can get behind our Meat-Free Match Days and try the pie this football season!” said Quorn Marketing Director Gill Riley. “As you can see by our rigorous taste-testing with Liverpool FC legends John and Neil, choosing Quorn is a delicious swap! Not only are our Quorn pies super tasty, they are a smart sustainable option. By making better food choices, we can all make a real difference to our health and the health of the planet. Everyone’s a winner.”