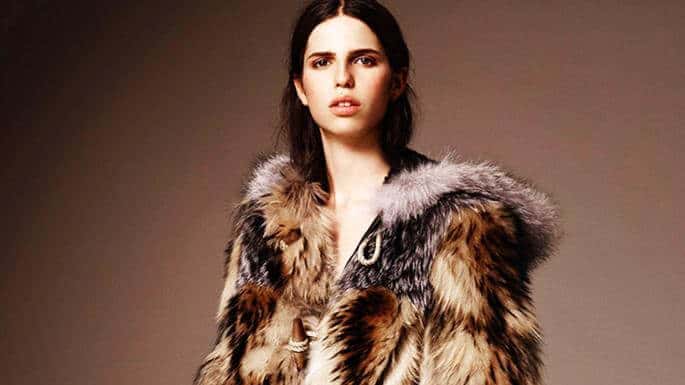 Iconic British fashion brand Burberry have announced that they will no longer use fur, in a bid to become a more environmentally conscious brand. As part of this new move they have also stated that from now they will stop destroying their “unsaleable” clothes. Last year environmental campaigners reacted angrily after it was revealed that last year Burberry burned clothes and accessories worth £28.6m to “protect its brand.”

At present, Burberry uses the fur of rabbit, fox, mink and Asiatic racoon fur in its collections. They have now confirmed that fur has been removed from all runway collections and that it is reviewing all fur products with a view to permanent discontinuation. PETA has been campaigning for several years on this issue, and said to the BBC, “The few fashion houses refusing to modernise and listen to the overwhelming public opinion against fur are now sticking out like a sore thumb […] If they want to stay relevant in a changing industry, they have no choice but to stop using fur stolen from animals for their coats, collars, and cuffs.”

Wendy Higgins of  Humane Society International UK, said, “Most British consumers don’t want anything to do with the cruelty of fur and so this is absolutely the right decision by this quintessentially British brand […] Burberry is very wise to be ending its association with fur and it joins the ranks of an ever increasing number of top designers like Gucci, Michael Kors, DKNY and Versace, who have also realised that real fur has no future in fashion.”

Following this, additional good news is that London Fashion Week has just announced that, since none of its designers will be using fur in the September event this year, after rising number of protests outside the shows growing steadily each year, the event is now officially 100 percent fur free. Caroline Rush, of British Fashion Council, said this “Highlights a trend we have seen over the past few years, with more and more brands deciding to use alternative materials to fur”.

Hopefully this is a sign of things to come in the fashion industry and elsewhere, as it becomes increasingly obvious to the public that the use of fur and other animal products is simply unnecessary.