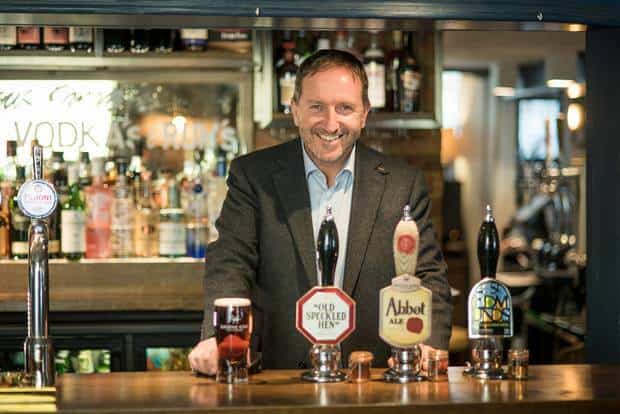 UK pubs group Greene King has seen share prices increase by 4% after new boss Nick Mackenzie announced that there will be more vegan offerings on all menus. Shares closed yesterday at 611.6p which is an increase of 31.6p.

According to the Independent, the pub group “saw shares rise after it said it was being boosted by its increased vegan and healthy offering. Greene King revealed that total sales grew 1.8% to £2.2 billion in the year to April 28, although pre-tax profits fell 12.6% to £172.8 million after a series of write-downs against its property portfolio.”

Greene King first launched its vegan menu this time last year which includes vegan fish & chips using VBites fish products. Now due to the growing vegan and flexitarian population across the UK, the offers will be heavily increased, which is a decision that obviously pleased its shareholders.

Mr Mackenzie, said: “It isn’t just millennials but on a wider basis consumer trends are shifting. Most of our menus have vegan options and healthy eating is a big part of it. The trend in veganism is one that will continue.”