New Study: “We are on the Cusp of the Fastest, Deepest, Most Consequential Disruption in History” 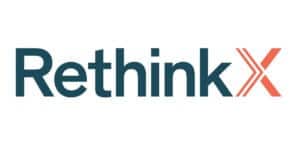