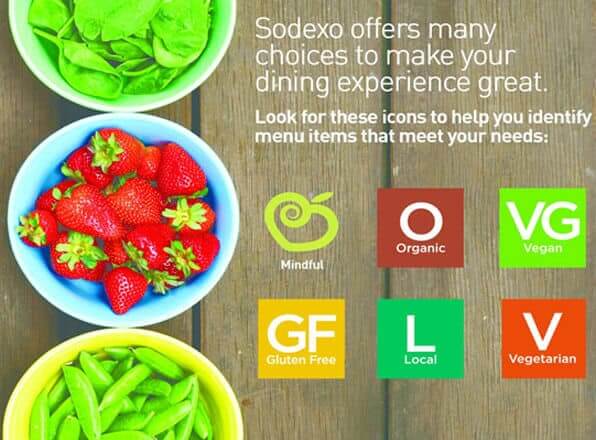 Sodexo, a quality of life services organisation based in France, have announced new menus for universities, healthcare, and corporate services segments, with 200 plant-based recipes, created in partnership with the Humane Society of the United States (HSUS) and the World Resource Institute-Better Buying Lab (WRI).

In order to create an array of dishes which appeal to vegans, vegetarians and flexitarians, chefs from HSUS and Sodexo’s culinary team developed and tested the 200 recipes, including a Mexican-themed menu featuring jackfruit and avocado tortas, chipotle quinoa burrito bowls, and garlic-roasted cauliflower burritos.

Reaearchers at Stanford University found that by altering the names of vegetables to sound more appealing increased the uptake in diners opting for the meat-free dishes by up to 41%. In line with this, the new choices include offerings with names such as “Chesapeake Cakes,” “Smoky Black Bean Tamales,” “Carrot Osso Buco,” and “Kung Pao Cauliflower.”

Ken Botts, Humane Society of the United States, Director Food and Nutrition-Food Service, commented, “We are especially proud to expand this program with Sodexo. For more than a dozen years, we have worked closely with Sodexo to improve the welfare of animals and with this latest step, the company has once again shown its commitment,” said Ken Botts,