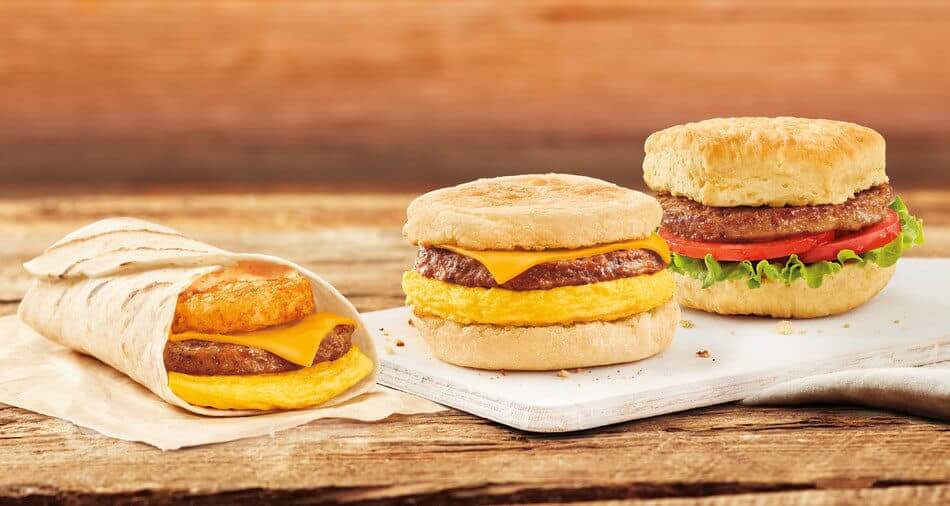 Canadian coffee chain Tim Horton’s has announced that Beyond Meat Breakfast Sandwiches are now available at 4,000 of their restaurants across North America. The brand revealed the news back in May, since which point the shares of Beyond Meat have risen by 520% of the original IPO of $25.

“Canadians are hungry to try our breakfast sandwiches made with Beyond Meat’s 100% plant-based sausage patty,” says Mike Hancock, Chief Operations Officer, Tim Hortons. “We’ve listened to our guests and are excited to be able to offer three delicious breakfast sandwiches that vegans, vegetarians, flexitarians and meat lovers can feel good about.

In May, Tim Horton’s trialled the launch of the breakfast sandwich in selected locations and said that if it proved successful it would be rolled out internationally. Predictably, a month later the rollout has now taken place. Tim Hortons is a subsidiary of Restaurant Brands whose stock has increased by 1% since Wednesday, and which also owns Burger King and Popeyes.

Restaurant Brands owns Tim Horton’s, Burger King and Popeyes. Its stock was up 1% Wednesday. Three Beyond Meat sandwiches are now fully available at Tim Hortons around the country.