Bristol, UK: Animal welfare charity Viva! have been successful in their long-standing campaign against pet superstore chain Pets at Home, regarding their sale of dog treats that contain kangaroo meat.

The nationwide pet store had stocked two varieties of 100 percent kangaroo meat strips which were marketed as a high-quality, natural dog treat. However, in 2014, independent testing found dangerously high levels of salmonella and E. coli in kangaroo treats and many were withdrawn from sale, due to salmonella contamination which left both pets and owners at risk of illness.

Furthermore, consumers who purchase these chews for their companion animals are unwittingly buying into the largest slaughter of land-based wildlife in history. The kangaroo meat industry is one of the most brutal and violent in the world. The Australian RSPCA estimates that 100,000 adults are inhumanely killed with 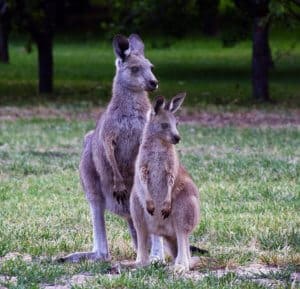 Viva! contacted Pets at Home after an animal advocate reported they were concerned to have seen the treats on sale in stores. Pets at Home CEO Peter Pritchard responded positively, confirming that as the treats do not meet their ethical standards, they would discontinue sales. This commitment is particularly timely as eastern Australia is currently experiencing extreme drought. Recent changes in hunting legislation in response to the drought will have devastating effects on the kangaroo population, rapidly increasing the number of kangaroos being needlessly and ruthlessly killed.

Hopefully Pets at Home and other pet stores, and indeed the pet food industry, will start to follow suit with ethical decisions in terms of their stocked products.