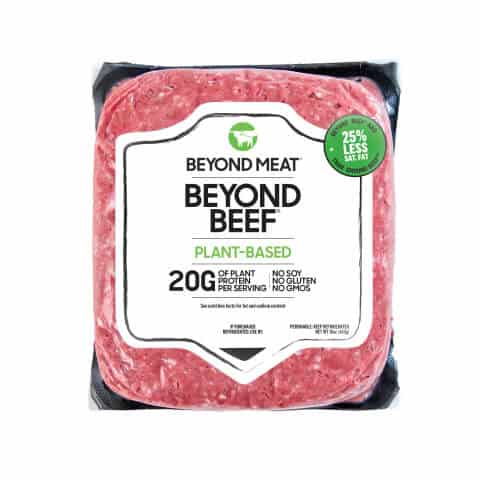 Beyond Meat Inc is due to be the first plant-based meat company to file as a public company tomorrow. In an unexpected move, today the company has increased the both the price range and size of the public offering, suggesting a strong demand from investors.

Initially, 8.75million shares were to be made available at between $19 – $21 per share. The company will now offer 9.63 million shares, each to be priced at $23 – $25 per share, according to the latest filing here. If prices are sold at the higher end of the range, the company will have a market value of  $1.49 billion, up from the initial $1.21 billion.

It was also revealed last week that Tyson Foods, the USA’s number 1 meat manufacturer, sold its 6.5% stake in Beyond Meat after alleged disputes following Tyson’s plans to create a plant-based meat line of its own.

According to Reuters, Beyond’s net revenue more than doubled to $87.93 million in ten years. Tomorrow the company will start trading on the Nasdaq under the symbol “BYND”.