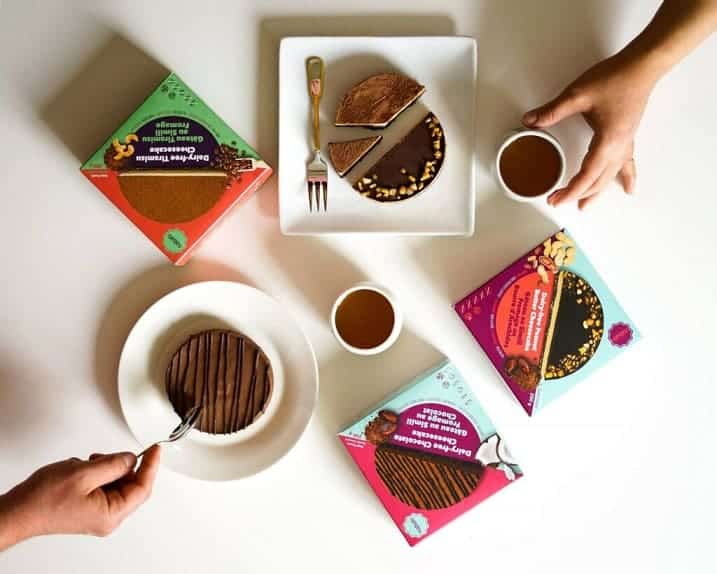 Nabati Foods Global Inc, a family-founded food tech company offering whole, natural, plant-based, gluten, and soy-free foods, today announces a capital raise of $7.7 million following a year of “explosive growth” and a restructuring to Nabati Foods Global Inc. with a new corporate headquarters in Vancouver. The company also states its plans to become a publicly listed company in the near future.
Nabati was founded in 2014 and currently offers four signature product lines including dairy-free cheesecakes and plant-based cheese and meats. Last month it signed a product partnership with COBS Bread bakery in Canada for its Mozzarella Cheeze product to be added to a Beyond Sausage Arrabbiata Mini Pizza. Nabati products are distributed in North America through retail, foodservice, and industrial channels.
The Company also announces that it has completed a brokered private placement of special warrants of the Company (the “Special Warrants”), at a price per Special Warrant of $0.50 (the “Issue Price”), and issued an aggregate 15,461,000 Special Warrants (including over-allotment option) for total gross proceeds of $7,730,500 (the “Offering”). The Offering was conducted by Mackie Research Capital Corporation as sole bookrunner and lead agent on a commercially reasonable “best efforts” private placement basis.
The Offering is being carried out by the Company prior to making an application to obtain a listing on the Canadian Stock Exchange. There can be no assurance that the Company will successfully achieve a listing as planned. The net proceeds of the Offering will be used to fund the Company’s proposed go-public transaction as well as for Nabati’s business development, working capital, plant expansion, and to purchase equipment to expand production capacity and develop new product lines.
In connection with the Offering, the Company paid cash fees in the amount of $529,813.55, and issued a total of 863,320 broker warrants and advisory warrants (together, the “Compensation Warrants”). Each Compensation Warrant is exercisable to purchase one Share, at $0.50 per Share, until March 9, 2023.
“We are very pleased with the interest we have received. Our team has put in the legwork to build a company with the highest quality plant-based products, and that commitment to quality is starting to pay off, with demand exploding over the past year,” said Nabati CEO, Ahmad Yehya. “This financing puts Nabati in an even more robust position to expand our production capacity to meet growing demand from grocery, foodservice, and industrial customers, while also supporting product development and innovation.”
Find Nabati on Social Media: on Instagram, Facebook, Twitter and LinkedIn