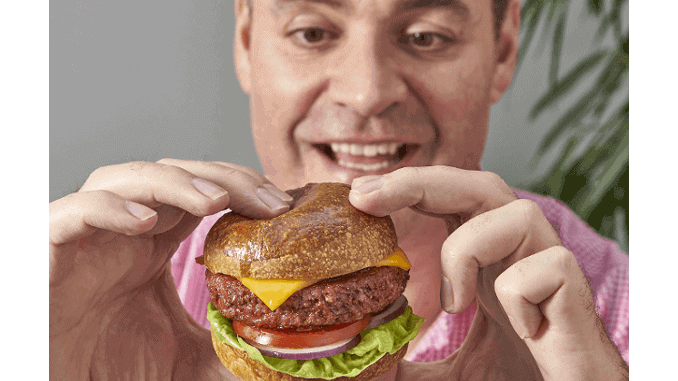 Moving Mountains, the UK brand who launched the UK’s first vegan “bleeding burger”, have seen exponential growth this year, with the announcement of their expansion to Europe In January, and their $12M distibution deal with Rastelli Foods for the Middle East in February. As a continuation of this success, The brand has just signed a deal with one of the UK’s leading foodservice providers, Bidfood, to distribute its meatless ‘bleeding’ burger to universities, hospitals and schools nationwide.

As part of the deal with Bidfood, Moving Mountains will supply its zero cholesterol meatless B12 burger to 200 hospitals, schools and universities, as demand for meat-free options continues to rise.

The Moving Mountains® Burger, which was made available in over 400 Marston’s pubs in the UK, contributing to Marston’s winning the PETA Award for Vegan Menu last year, is 100% plant-based but sizzles, tastes and smells like meat. The burger is the latest acquisition by Bidfood to meet consumer demand for healthy and plant-based food.

David Kinder, Head of Food at Bidfood commented: “We’re delighted to be able to provide the Moving Mountains® Burger to more people than ever before. Bidfood is continuously looking to supply schools and hospitals with great tasting food that boasts genuine health benefits and this new deal is a great example of that.”

Simeon Van Der Molen, CEO of Moving Mountains added: “The new supply deal with a distributor the size of Bidfood marks a huge milestone for Moving Mountains. Our ambition since launch has been to provide a more sustainable alternative to meat for the health of people as well as the planet, and distributing into universities, hospitals and school is an important step in making this happen.”