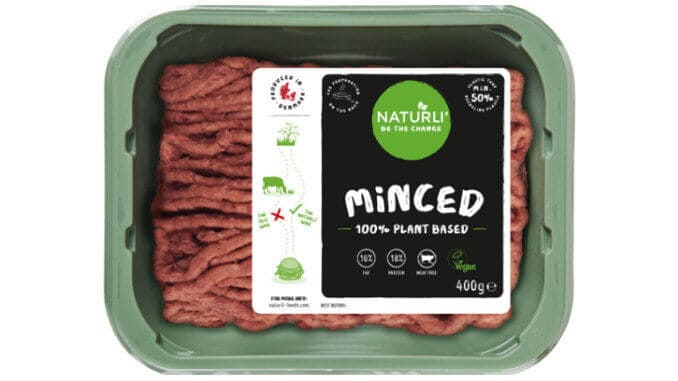 Competition for vegan products in supermarkets is tough. The products must not only hold their own against conventional meat producers, but also fight a battle within the vegan industry and in terms of placement.

Vegan dishes are undeniably in vogue, and as such the meat industry is also feeling the effects and responding with production of vegan alternatives. In general, many new companies are now trying to enter the vegan market, which is also increasing the vegan range in supermarkets.

The Danish food manufacturer Naturli is taking on the competition and has deliberately placed its products on the same shelf as conventional meat products. This means that the customer will find Naturli’s plant-based alternative when searching for minced animal meat.

In this way, Naturli is consciously targeting consumers who are undecided. Whilst vegans often go directly to the shelves with the plant-based products, other consumers can be directly influenced in their product decisions when given a choice between the two.

“When we agreed with Dansk Supermarked that this product should not be on a niche shelf in the corner of their stores, but on the meat counter, it completely changed their perspective and that of the mainstream consumer,” says CEO Henrik Lund.

The strategy seems to be working. The company is already celebrating great success in its home country of Denmark. According to Lund, they need to find a larger production facility to keep pace with consumer demand. And Beyond Meat is also following a similar sales strategy; supermarkets that sell the Beyond Burger can only stock it if they also place it next to traditional meat products.

Due to these positive developments, Naturli has set itself even greater goals and intends to expand further. With these sales strategies, vegan alternatives could become an even greater competitor to the meat industry.