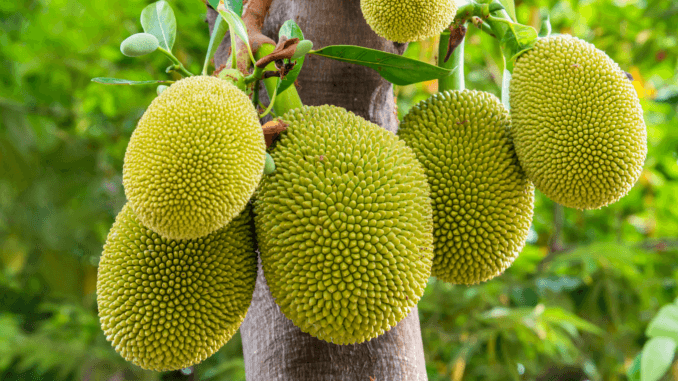 The supermarket chain Sainsbury’s is launching a vegan wrap as an extension of its grab-and-go range. An essential component of the wraps is jackfruit, which can be used as a meat substitute.

Jackfruit’s flesh is fibrous, and the BBQ marinade used is reminiscent of the taste of meat; as such this ingredient is considered an excellent alternative. A ripe jackfruit can weigh up to 30 kilograms. The discovery of jackfruit has already been hailed as an important innovation at “BIOFACH 2018”, because it is virtually indistinguishable from real meat.

The supermarket’s social media team reported on the new release as follows: “The Sainsbury’s team has a new member. Meet the jackfruit. She’s a big deal. She looks like pulled pork and tastes like pulled pork – but she’s vegan.” And although the new wrap is marketed as vegan, it is particularly intended to appeal to flexitarians, who appreciate tasty meat alternatives but have not opted for an exclusively vegan diet.

The jackfruit wrap follows numerous other new vegan releases from Sainsbury’s. These include products such as the “Sweet and Smokey BBQ Pulled Jackfruit”, minced meat made from mushrooms, and cauliflower steaks, with which the supermarket chain aims to meet consumers’ special requirements. Product Developer Georgina Lunn comments on the vegan product range: “Sainsbury’s new range of plant-based products provides innovative, inspiring solutions for daily meals”.