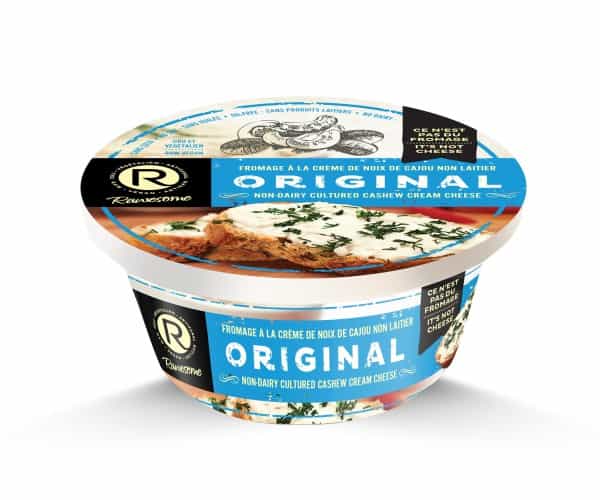 Canadian vegan cheese producer Rawesome has won a four-year-long court battle against the City of Montreal over its right to the use the word “cheese” on its product labels, reports CTV News. On Monday, Superior Court Justice Gregory Moore overturned a prior court ruling that found Rawesome guilty of violating federal food regulations and had required the business to pay up to $2,000 in fines.

“This is a huge victory, actually, for vegan cheese. And I think that justice was rendered“

According Rawsome’s lawyers, the case could be a legal turning point for Canada, and they are currently seeking a broader constitutional argument that exempts vegan cheese producers from some federal food and drug regulations.

The legal case began in 2018 when the City of Montreal sued Rawesome, which sells a line of cashew-based cream cheeses, for allegedly violating an article of the Regulations Respecting Food and Drugs, which specifices the composition of cream cheese in Canada. According to the plaintiffs, the prosecution was based on “provincial and federal standards delegated to the City of Montreal.” In October 2021, a municipal court sided with the city and ordered Rawesome to pay between $1,500 and $2,000 in fines.

The company appealed the ruling, and gained legal counsel from Canadian animal advocacy law group Animal Justice. This week, Superior Court Justice Gregory Moore ruled in Rawesome’s flavor, finding federal regulations to do not apply to the brand’s products, as the rules are only intended to describe dairy products, and Rawesome’s cheese is clearly labeled “non-dairy”.

Victor Belev, Rawesome’s president and founder, describes the victory as a “huge relief” but says he wants a formal apology from the city for targeting his business and wasting taxpayer funds.

“It was very surprising, especially since the City of Montreal has a mandate to support local businesses,” said Belev. “It was very surprising and disappointing to be sued by the City of Montreal. It was a big financial strain. Just that uncertainty that followed for the last four years. It was definitely not a good thing to be worrying about when you’re trying to grow a small business.”

“This is a decision that sets a precedent,” stated attorney Natalia Manole, who represented Rawesome in court. “[N]obody has a monopoly on the word cheese and as long as you’re extremely clear and precise with the fact that it’s non-dairy cheese, you are basically respecting the regulations.”

She added, “This is a huge victory, actually, for vegan cheese. And I think that justice was rendered.”