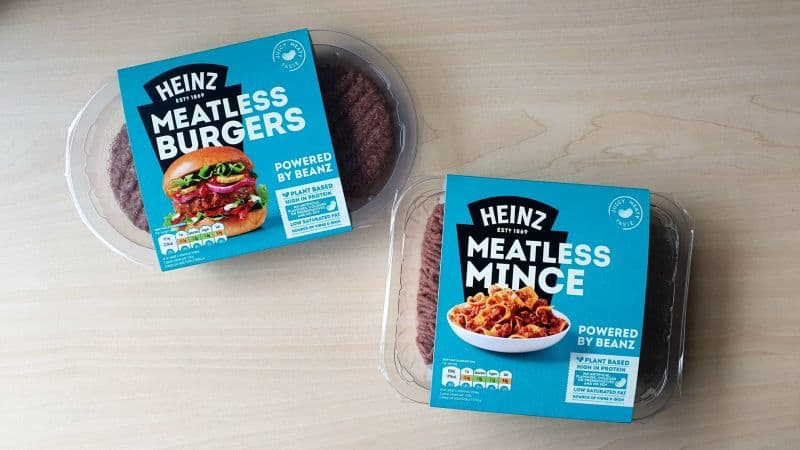 The burgers and mince are said to be high in protein and low in saturated fat, with a juicy and meaty taste. They are also a good source of fibre and free of artificial ingredients.

Initially, the products will only be available in the Netherlands, and Heinz has not yet indicated when they will roll out elsewhere. However, the company has referred to the launch as “the first step in our plant-based meals journey”, indicating that more products may be in the pipeline.

Heinz made one of its first forays into the plant-based sector in the UK in January of last year. To celebrate Veganuary, the company launched a range of vegan mayos and salad cream, along with frozen bean burgers.

“We’ve built something I think Henry [Heinz] would be proud of,” said Sonia Abdipour, Head of Plant Based, Whitespace & New Ventures – International Meals at Kraft Heinz. “I’m certainly proud of the future we’re paving for everyone to dabble in plant-based food, contributing to a more sustainable future.”