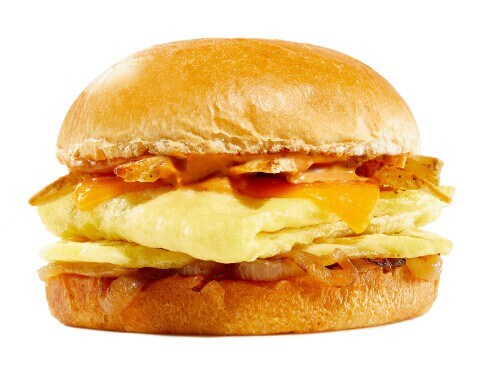 To make JUST Egg accessible to millions of consumers this year and beyond, the original JUST Egg will undergo a price reduction in both retail and foodservice channels in Q2. The company has projected that the mung-based egg product is poised to become one of the lowest-cost and most sustainable proteins on the planet.

JUST also recently announced the second-quarter availability of its newest JUST Egg offering, a fluffy, folded egg. The vegan product can be used on toast and inside breakfast sandwiches and will be the only product of its kind in the frozen food category.

Available in April, the folded egg will be displayed in the freezer section of Whole Foods Markets; select Albertsons & Safeway stores; Gelson’s Markets in Southern California; Stop & Shop in the Northeast, Kings Food Markets in the New York metro area, and Giant Martin’s in the Mid-Atlantic, with more launches planned. It will be sold in approximately 5,000 stores at the April launch and will be available for restaurants and foodservice destinations through major distributors.

“2020 is the year that our work to build a world-class technology platform and compelling brand is being realized. It’s humbling to see the overwhelming response to our team’s hard work,” said Josh Tetrick, co-founder, and CEO.

This recent news follows 2019’s breakout success of the original JUST Egg, which is currently sold as a liquid, or in patty format for foodservice. It is available in Costco, Walmart, Kroger, Whole Foods, and Amazon.com and a growing number of restaurants, resorts, amusement parks, college campuses, and corporate cafeterias. To date, JUST has sold more than 20 million plant-based eggs. And as of the publication of this article, the original product has surpassed all competitors to become the #1 liquid egg product based on average sales per week per store selling the product, according to point-of-sale data from retail insights provider IRI.

In December, the company announced the expansion of its protein manufacturing operations to include the acquisition of a 30,000-square-foot facility in Appleton, Minnesota, which along with other measures, helps ensure a manufacturing infrastructure for JUST Egg that is dependable, efficient, and expandable as the company plans for future growth.

Today, the food innovator is also announcing a May roll-out for the next version of the JUST Egg liquid format. Consumers who already love the current version will find the forthcoming formulation cleaner, creamier, and more egg-like than many chicken eggs. The newest version will deliver on the company’s commitment to leveraging its technology platform to continue innovating on sensory and functionality.

“Our team is second to none, and we’re excited for people to try what we’ve been working on. We’ll keep making JUST Egg tastier, more functional, and enjoyable for omnivores, plant-based eaters, and everyone in between,” said Chef Chris Jones, Vice President of Product Development.