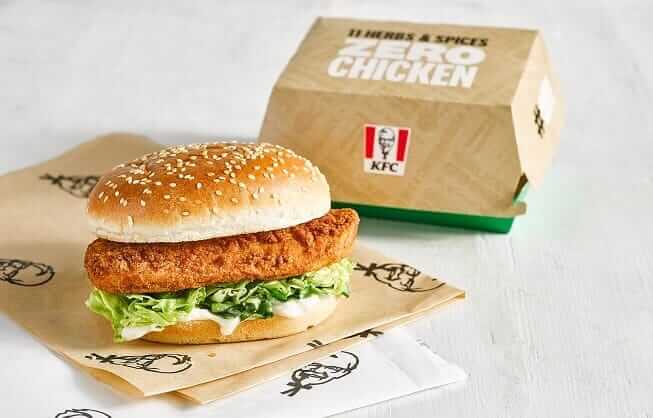 KFC announced this Monday that after being “bombarded with pleas to bring back the vegan burger and make it available nationwide,”a Quorn based chicken style burger will be available in 900 UK stores from today. In North America, KFC is expected to announce a national rollout of the Beyond Chicken burger some time this year.

The KFC Vegan Burger is available for £3.99 across UK-based KFC locations from today, 2 January.  It offers a “bespoke Quorn fillet, which is coated in the Colonel’s iconic Original Recipe herbs and spices…served with vegan mayonnaise and crisp iceberg lettuce, all within a soft-glazed bun” – which will be reportedly prepared in a separate area to the meat products in order to avoid cross contamination and make it 100% vegan friendly.

In a trial in June last year, the chain sold the product in select locations under the name of the Imposter Burger, which promptly sold out completely within just four days all around the country, seeing sales 500% higher than a standard chicken product. Likewise with the Beyond Chicken product in the US trial, stocks sold out just hours after launch.